Faith is not in the words we speak, nor in the manipulation of words we say but in the very person whom we put our trust.

~ Sue Reynolds
Posted by Denise at 9:38 AM No comments: 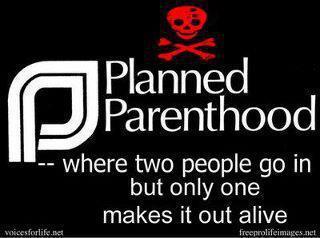 Posted by Denise at 2:24 PM No comments:

What Do You Love More? 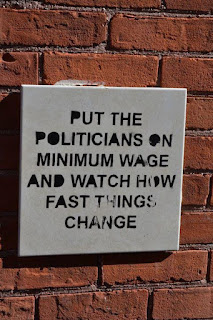 Posted by Denise at 9:34 PM No comments:

God's Original Plan Is Not Frustrated

‎"To declare that the Creator's original plan has been frustrated by sin, is to dethrone God."

Banning a Person From a Mall For Intolerance Is Intolerant

Boxer Philippines Congressman Manny Pacquiao was scheduled to do an interview with the tv show "Extra" at The Grove but instead is banned from the mall by owner (who used public money for much of the building) Rick Caruso.

"The owner of The Grove, Rick Caruso, tweeted that iconic boxing great and Philippines Congressman Manny Pacquiao would not be allowed “on the premises” thanks to Pacquiao’s outspoken opposition to same-sex marriage. “Boxer Manny Pacquiao is not welcome @TheGroveLA,” he tweeted. “@TheGroveLA is a gathering place for all Angelenos, not a place for intolerance.” '

"What did heretofore-Obama-supporter Pacquiao do to earn the ban? He did an interview with the National Conservative Examiner in which he said, “God’s words first … obey God’s law first before considering the laws of man. God only expects man and woman to be together and to be legally married. It should not be of the same sex, so as to adulterate the altar of matrimony, like in the days of Sodom and Gomorrah.” '

This is nothing less than bigotry and hypocrisy. The minute you ban someone for their intolerance, you've just become intolerant yourself.

Perhaps now, Pacquiao will no longer support Obama, since he too came out in support of such a vile view.
Posted by Denise at 4:58 PM No comments:

The Fatal Flaw of "Born-Againism"

A good article dealing with "born-againism".


In the third chapter of John’s Gospel, Jesus tells Nicodemus, “You must be born again.” What did the Lord mean by this statement? First of all, it should be noted that Jesus said nothing of any action or decision that Nicodemus must make, nor did He even tell him to repent and believe the gospel. As a matter of fact, Jesus was not telling Nicodemus to do anything! “You must be born again” was not a command Nicodemus was to obey, it was simply a statement of fact. Nicodemus, in his blindness, misunderstood this statement and asked how anyone could do such a thing as that —a man “cannot enter a second time into his mother’s womb and be born, can he?” To this Jesus said in effect, “I’m not talking to you about you doing anything, I’m talking about God doing something.” “I’m talking about the Spirit of God coming and miraculously generating life in you.

You being flesh can only produce flesh. Only the Spirit of God can produce the spiritual birth you must have in order to enter the Kingdom of God, and God’s Spirit blows where He wishes” (John 3:1-8).

The modern evangelist’s techniques and teaching are conspicuously absent in this account. The Lord gave Nicodemus no “Four Spiritual Laws,” nor any instructions on “How to be Born Again,” and He certainly used no manipulative tricks. He was concerned to emphasize just one thing. Regeneration is a miraculous work of God’s Spirit....

We can, and must, tell men to turn from their sins and believe the Gospel, but in doing this we should realize that when a man does repent and believe, it is the result of God’s prior regenerative working within him. If this were not the case, if man must actually initiate his own salvation, then it would be impossible to escape the conclusion that men do not need regeneration at all, but possess in themselves an innate goodness which causes them to seek after God. Though it be ever so slight, this goodness is then the ultimate reason why one man is saved and another is lost. But the apostle Paul clearly teaches the contrary when he writes:

Here Paul states plainly that there is no “spark of goodness” in man that causes him to respond to the gospel. In fact, man, blinded by sin and Satan, does not even understand the gospel. He is in total rebellion against God and His truth. If regeneration were contingent upon man first desiring God, no one would ever be born again, for “there is none who seeks for God.”

For the entire article go here.
Posted by Denise at 8:05 AM No comments:

The Great Danger In the Christian Churches Today


“What is the great danger in the Christian church today?  … The danger to the church today, whatever the denomination, from within, is the person who wears the cloth of Christ… and who stands behind the sacred desk, and who is unfaithful to the word of God.  That is the ultimate danger to the church.  The corrupt and apostate shepherds who infest our theological seminaries and our colleges, and fill our pulpits throughout the United States and Canada, and who know not God, do not believe the gospel of Jesus Christ, and will stand in the way of anybody that wants to preach it.   The cancer is within, and it eats away, and we don’t recognize it.”  ~The late Dr. Walter Martin

Exactly!! I would add, the dangerous ones are those who also, while claiming solid doctrine turn around and more than greet a false teacher (2 John 9-11), actually promote the false teacher as legitimate, thus giving credibility to a wolf all the while slamming those who recognize the wolf as mean, slanderers, disrespectful, etc.

Posted by Denise at 7:04 AM No comments:


1Pe 5:8  Be of sober spirit, be on the alert. Your adversary, the devil, prowls around like a roaring lion, seeking someone to devour. 9  But resist him, firm in your faith, knowing that the same experiences of suffering are being accomplished by your brethren who are in the world.