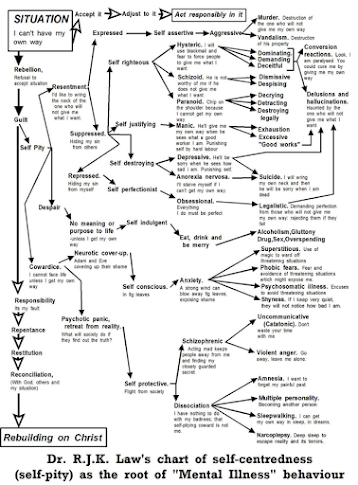 Posted by Denise at 9:50 AM No comments:

John Stott, a false teacher of the Anglican church and an annihilationist, omitted two other passages that teach against homosexuality:
Mat 11:24 But I tell you that it will be more tolerable on the day of judgment for the land of Sodom than for you."
1Ti 1:10 the sexually immoral, men who practice homosexuality, enslavers, liars, perjurers, and whatever else is contrary to sound doctrine,
Moreover, Scripture speaks even about it's desire being UNNATURAL:
Jud 1:7 just as Sodom and Gomorrah and the surrounding cities, which likewise indulged in sexual immorality and pursued unnatural desire, serve as an example by undergoing a punishment of eternal fire.
In Matt. 5 Jesus says that the lusts in the heart are tantamount to doing the sin with the body before God. Moreover in Romans 1 sodomy is listed as "LUSTS of their HEARTS" that God finally turned those who refused to acknowledge Him, over to; that He gave them up to "a debase MIND". Scripture also lists sodomy as "unnatural", "dishonorable passions", and "consumed with passion for one another". Such is the description of those who refuse to acknowledge God as Creator. For those in Christ, they DO acknowledge Him as Creator and moreover, love and obey Him, therefore they don't suffer such hardness of hearts. They have a NEW heart at regeneration.
I wrote years ago:
So if God is so clear on homosexuality (- In the patriarchs (Genesis 19:1-28), the Law of Moses (Leviticus 18:22; 20:13), the Prophets (Ezekiel 16:46-50) and in the New Testament (Matt.11:24; Romans 1:18-27; 1 Corinthians 6:9-10; Jude 7-8), there is no way to accept it on any level, but that's what the liberals are doing as they secretly sneak in among us and then redefine things by trying to cloud the issue regarding sodomy. They try to use "science" and psychology, and even try to equalize the unnatural passion and lust of sodomy as if its like any other sin. That way they can play the victim and say it's merely a struggle like, say, drinking (eternal victimhood is a play right out of psychology's playbook---you never have victory over the sin or its desire but rather always struggle, thus always "recovering" but never recovered).
The sins of Sodom and Gomorrah were sexual in nature and therefore earned God's special judgement. If He destroyed not only those two cities, but the surrounding ones because of such heinous sexual immorality, then how in the WORLD can "Christians" think He's any less angry and less holy now with sodomy? Both the Old and New Testaments show God's absolute consistency regarding sexual immorality. Or do these "Christians" fancy themselves more tolerant and "loving" than the HOLY HOLY HOLY God of Israel Himself?
If liberals can't get sodomy into the churches by full frontal attack, they'll do it by a more subtle means--incrementalism, psychology, the great sin-equalizer, and victimization.
Posted by Denise at 5:32 PM No comments: 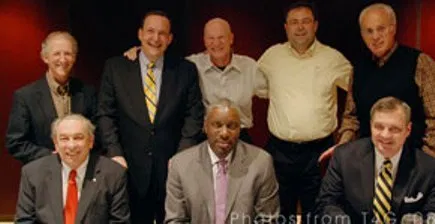 A few of the well known men who are foundational to The Gospel Coalition are:

Tim Keller (Evolution, Marxism, Liberation Theology, Mysticism, Feminism, gay agenda), Al Mohler (Liberation Theology, gay agenda, Ecumenicism) and  and John Piper (Hedonism, Mysticism, Evolution, Feminism, Sensual spirituality, Romanism, gay agenda). It is now pretty much full-on pro-sodomy, pro-social "justice", etc. But if you look into it's foundation, which is Tim Keller (and D.A. Carson), you'll see why. At the bottom of this list are several articles on Keller himself about his Marxism.

How it began with these men:

A solid website that deals with Keller as well as several others is The New Calvinist website. Here are some of their articles (you can find their videos on Youtube under the same name):

Posted by Denise at 8:24 PM No comments: