On Islam and the West's Faulty View of It

Even conservatives have fallen prey to this notion of moderate American Muslims are good, and that is just the radical Muslims that are bad. This is a wholesale ignorance of Islam and steps over the fact that a Muslim is a Muslim no matter the country and no matter the family or friend. At the end of the day, Muslims are loyal to Muhammad (up until recently they were more accurately called Muhammadans) and Islam.

The truth about Islam: "radical" Islam isn't the problem

Three primary points are usually left out of the Islamic discussion. The central problem with most Islamic analysis is that it underestimates the weight of the moral and intellectual chains imposed on Islam by its founder and his early followers....

Five reasons why Islam can't co-exist with the Constitution.

Run down of Sharia Law.

Interview with the researcher on the survey of 100 mosques.

The steps of how Islam takes over countries.

"Peaceful" Muslims are irrelevant:
Posted by Denise at 12:24 PM No comments:

If Liberals Could Talk To Jihadists

This illustrates the liberal's refusal to understand Islam's core factor in terrorism.


It must be incredibly frustrating as an Islamic Jihadist not to have your views and motives taken seriously by the societies you terrorize, even after you have explicitly and repeatedly stated them. Even worse, those on the regressive left, in their endless capacity for masochism and self-loathing, have attempted to shift blame inwardly on themselves, denying the Jihadists even the satisfaction of claiming responsibility.
It’s like a bad Monty Python sketch:
“We did this because our holy texts exhort us to to do it.”
“No you didn’t.”
“Wait, what? Yes we did…”
“No, this has nothing to do with religion. You guys are just using religion as a front for social and geopolitical reasons.”
“WHAT!? Did you even read our official statement? We give explicit Quranic justification. This is jihad, a holy crusade against pagans, blasphemers, and disbelievers.”
“No, this is definitely not a Muslim thing. You guys are not true Muslims, and you defame a great religion by saying so.....”

~go here for the rest of the "conversation"
Posted by Denise at 9:34 AM No comments:

Saeed Abedini's Wife, Naghmeh Now Says Saeed Has Physically and Sexually Abused Her And Was Into Pornography

According to "Christianity" Today:


For the past three years Naghmeh Abedini has publicly battled her husband’s captors, advocating for his release from an Iranian jail.
In two emails to supporters, Abedini revealed details of her troubled marriage to Saeed Abedini, an American citizen and pastor imprisoned in Iran since September 2012.
Those troubles include “physical, emotional, psychological, and sexual abuse (through Saeed’s addiction to pornography),” she wrote. The abuse started early in their marriage and has worsened during Saeed’s imprisonment, she said. The two are able to speak by phone and Skype.
End quote.

Nothing about their story has sat right with me for years. Maybe this is why. But even this story is suspect to me.

Why is she saying this now? What spurred her on to suddenly say this? I've learned that timing is everything.

Why would a wife who is continually abused, keep meeting with her abuser even when he's behind bars in Iran?

Why does she call him "a treasure" when clearly he isn't?

Why keep fighting for his release and pawning him off as a pastor and a Christian when, if this is true, he is neither? Remember, he's disqualified, plus according to his wife he's continued the abuse. This was dishonest on her part.

Posted by Denise at 8:48 PM No comments:

Evaluating Things Through Spiritual Eyes, Not According To The Flesh

2Co 5:16 Therefore from now on we recognize no one according to the flesh; even though we have known Christ according to the flesh, yet now we know Him in this way no longer.
2Co 5:17 Therefore if anyone is in Christ, he is a new creature; the old things passed away; behold, new things have come.
1Co 2:14 But a natural man does not accept the things of the Spirit of God, for they are foolishness to him; and he cannot understand them, because they are spiritually appraised.

Joh 7:24 "Do not judge according to appearance, but judge with righteous judgment."

Eph 4:17 So this I say, and affirm together with the Lord, that you walk no longer just as the Gentiles also walk, in the futility of their mind,
Eph 4:18 being darkened in their understanding, excluded from the life of God because of the ignorance that is in them, because of the hardness of their heart;

2Co 3:14  But their minds were hardened; for until this very day at the reading of the old covenant the same veil remains unlifted, because it is removed in Christ.
2Co 3:15  But to this day whenever Moses is read, a veil lies over their heart;
2Co 3:16  but whenever a person turns to the Lord, the veil is taken away.

Posted by Denise at 7:09 AM No comments: 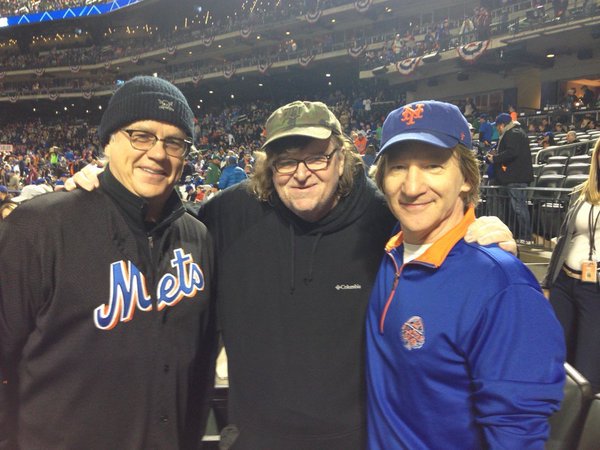 2015 World Series: Tim Robbins, Michael Moore, and Bill Maher.  "Anti-income inequality" (Socialists) sitting in 1%er seats.  In their Socialist utopia, no one would win the series and no one would be rich enough to own the Mets, let alone  make as much as they do and to sit in the most expensive seats in the park. After all, socialism demands equal distribution.
Posted by Denise at 8:03 AM No comments:

Horrifying Idolatry of Steve Furtick and Mocking of Christ Jesus

Photo source
If this isn’t a little taste of what the antichrist is going to be like, then I don’t know what is. The “pastor” of Elevation Church in Charlotte, NC, Steven Furtick, is being exalted and worshiped in his latest video titled, Thank You Pastor.
At the 1:03 mark, the video proclaims that “No word [Pastor] speaks will go to waste.” This phraseology is spoken solely of God’s word in Scripture(Isaiah 55:11, 1 Peter 1:25, 2 Tim 3:16, Isaiah 40:8, etc.).
Then at the 1:50 mark, the video mocks the Holy Spirit saying that Furtick is “escorted by the Holly Spirit.” This is not a typo, Holly is his wife’s name. The video is full of attributions to Furtick, in which Scripture ascribes to Jesus. But this is not surprising and is actually typical of this organization.

~Jeff Maples of Pulpit and Pen
Posted by Denise at 5:13 PM No comments: