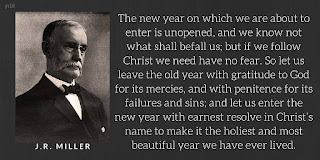 Posted by Denise at 9:46 PM No comments:

"Has guilt been removed, removed, we mean, from the sinner who believes? Let the Scriptures answer: "As far as the east is from the west so far hath he removed our transgressions from us" (Psa 103:12). "I, even I, am he that blotteth out thy transgressions" (Isa 43:25). "Thou hast cast all my sins behind thy back" (Isa 38:17). "Their sins and iniquities will I remember no more" (Heb. 10:17).
But how could guilt be removed? Only by it being transferred. Divine holiness could not ignore it; but Divine grace could and did transfer it. The sins of believers were transferred to Christ: "The Lord hath laid on him the iniquity of us all" (Isa 53:6). "For he hath made him to be sin for us" (2 Cor 5:21).......And because he is "in Christ" there is, therefore, no condemnation for him (Romans 8:1). Hallelujah!"
~ Arthur Pink, "Comfort for Christians"
Posted by Denise at 8:02 AM No comments:

2Pe 2:2  Many will follow their sensuality, and because of them the way of the truth will be maligned;

RC Sproul Jr. has been caught by the arm of the law for violating multiple laws and most importantly, endangering other people's lives, namely his two children who were in the car with him while he was DUI by twice the law's limit. The report is here. His blood alcohol level was .175 and he failed the sobriety test, unable to walk without assistance and was driving erratically, at one point hitting a curb.

The article includes some information about Sproul's pattern of drinking and his identity with alcohol (he calls is a "freedom" which he has paraded around for decades).

Sproul Jr. was caught having set up an account at the adultery website Ashley Madison last year. He was suspended from Ligoniers for several months, but in July had resume teaching.

Sproul Jr's defrocking because of fraud and spiritual abuse here.

"In June, Christian News Network ran a piece entitled Tattoos For Jesus?  Group Raises Funds For “Church Plant” By Tattooing Members, Sampling Booz. The group mentioned is Apologia Church in Tempe, AZ.  JD Hall of Pulpit & Pen blogged about this in When “Reformed” Theology is a Cloak for Debauchery.  Seth Dunn of P&P followed up on JD’s article with A Dash of Discernment and a Pinch of Aggravation: James White and Daughter Respond to Negative Coverage of Apologia Church.  Dunn revealed the following..."

Further, according to Christian News Network:

One of the men at the center of a controversial online video featuring a young man obtaining a tattoo and vaping at a fundraising effort for the tattoo artist’s part in their group’s proposed church plant is now back in rehab after continued drug use, a public statement released by his elders outlines."The elders of Apologia became acquainted with the past sinful patterns in Thad’s life very early on,” the statement reads in part. “There were issues related to drug addiction and serial adultery that ultimately led to Thad going to a long-term Christian recovery program in Georgia."“Over the course of our time with them we had to confront instances of substance abuse which never ultimately stopped,” it outlines...Apologist James White, Pinch’s father-in-law, became especially vocal about the matter, advising that he had paid for Pinch’s tattoo, and that while he personally despises beer, he drinks part of a Smirnoff Ice each night as a sleep aid.End quote.

The elders at Apologia have advised Summer Pinch, the wife of Thad and daughter of James White, to divorce Thad:

"He confirmed that his son, who had been in rehab approximately four years ago and had been involved at one point or another with bath salts, alcohol, cigarettes and vaping, went back went to rehab on Aug. 25 to obtain help for a continued drug addiction. Pinch stated that he had been concerned that the church environment Thad was in was not conducive to substance abuse recovery and regeneration.
James White's response is here.
The fact that leaders and parents are unwilling to see particular family members as unsaved while the evidence is clear, shows they have no discernment, no love for the soul of that person, no love for the Scriptures, no fear of God, and are violating the command to uphold the duties and obligations of the office of elder without partiality (1 Tim 5:21).
1Jn 1:6  If we say that we have fellowship with Him and yet walk in the darkness, we lie and do not practice the truth; 7  but if we walk in the Light as He Himself is in the Light, we have fellowship with one another, and the blood of Jesus His Son cleanses us from all sin.
1Jn 2:4  The one who says, "I have come to know Him," and does not keep His commandments, is a liar, and the truth is not in him;
1Jn 2:5  but whoever keeps His word, in him the love of God has truly been perfected. By this we know that we are in Him:
1Jn 2:6  the one who says he abides in Him ought himself to walk in the same manner as He walked.

Also, in other news, Christian News Network has reported:
"Tony Nolan, the mentor to celebrity preacher Clayton Jennings, who requested prayer for Jennings in the self-described evangelist’s “Confessions” video admitting to sexual indescretions [sic]while in ministry, has announced that Jennings has ended the “repentance and renewal process” with him and has decided to use secular damage control services instead. Jennings has also removed the video featuring Nolan from his social media pages."
No accountability for this rebel who's wise in his own eyes but has been revealed by God to be a man enslaved to sin and darkness. Why did anyone think he'd come to his sense? Because they were presuming he was saved. What he needs is salvation.
Posted by Denise at 7:49 PM No comments:

When Christians Are In The Most Danger

Oh, believe me, Christians are not so much in danger when they are persecuted as when they are admired. When we stand upon the pinnacle of popularity, we may well tremble and fear. It is not when we are hissed at, and hooted, that we have any cause to be alarmed; it is when we are dandled on the lap of fortune, and nursed upon the knees of the people; it is when all men speak well of us that woe is unto us."

~ Charles Spurgeon
Posted by Denise at 7:02 PM No comments:

Practical Christianity - When The Holy Spirit Approaches A Heart

"It is not simply that the Holy Spirit approaches a heart in which there is no love for God, but He finds it filled with enmity against Him.....And nothing but the almighty power of the Spirit can overcome that enmity and bring any rebel truly to love the God of Holy Writ."
~ Arthur Pink, "Practical Christianity"

This is absolutely amazing grace and mercy! THIS thought keeps the Christian humble before Him.

Eph 2:3  Among them we too all formerly lived in the lusts of our flesh, indulging the desires of the flesh and of the mind, and were by nature children of wrath, even as the rest.
Eph 2:4  But God, being rich in mercy, because of His great love with which He loved us,
Eph 2:5  even when we were dead in our transgressions, made us alive together with Christ (by grace you have been saved),

Posted by Denise at 6:45 PM No comments:

I do believe we slander Christ when we think we are to draw the people by something else but the preaching of Christ crucified.
- Spurgeon
Posted by Denise at 8:14 AM No comments:

What Is Your Assurance and Peace Grounded On?

"Assurance and peace are to be found by resting on the Word of God. The ground of both is outside of ourselves. Feelings have nothing to do with either. Deliverance from judgment is by the Finished Work of Christ, and by that alone. Nothing else will avail. Religious experiences, ordinances, self-sacrifice, church membership, works of mercy, cultivation of character, avail nothing.
The first thing for me, as a poor lost sinner, to make sure of is, Am I relying upon what Christ did for sinners? AM I PERSONALLY TRUSTING IN THE SHED BLOOD OF JESUS CHRIST? If I am not, if instead, under the eloquence and moving appeals of some evangelist, I have decided to turn over a new leaf, and endeavor to live a better life, and I have “gone forward” and taken the preacher’s hand, and if he has told me that I am now saved and ready to “join the church,” and doing so I feel happy and contented — my peace is a false one, and I shall end in the Lake of Fire, unless God in His grace disillusions me.”
~ Arthur Pink, "Gleanings in Exodus"
Posted by Denise at 12:50 PM No comments:

Is All Well With You and the God of Scripture?

photo source
Posted by Denise at 12:49 PM No comments:

Which Do You Want?

"They who do not yearn after holiness of heart and righteousness of life are only deceiving themselves when they suppose they desire to be saved by Christ. The plain fact is, all that is wanted by so many today is merely a soothing portion of their conscience, which will enable them to go on comfortably in a course of self-pleasing which will permit them to continue their worldly ways without the fear of eternal punishment."
~ Arthur Pink, "Practical Christianity"
Posted by Denise at 8:44 AM No comments:

To be pampered, flattered, and applauded by men,
is a poor, base thing, that is not worth having.
To be despised, to be spit upon, to be caricatured, and to
be jeered, is the highest honor that a Christian can have.

~ Spurgeon
Posted by Denise at 2:48 PM No comments:

"The Bible is no lazy man's book! Much of its treasure, like the valuable minerals stored in the bowels of the earth, only yield up themselves to the diligent seeker."
~ Arthur Pink, A Fourfold Salvation"
Posted by Denise at 2:41 PM No comments: